Spokane, WA, May 14, 2018—The base of Doomsday Hill may feel ominous to most Bloomies, but for Nixon Rodeo the location has been golden. For the fourth straight year, Nixon Rodeo’s rock and roll gave runners and walkers a needed boost as they began the steep climb out of the Spokane River gorge. And in post-race voting, that boost earned Nixon Rodeo more votes than any of the other 28 official performers along the 12-kilometer route, and the title of “Best Bloomsday Entertainer.” 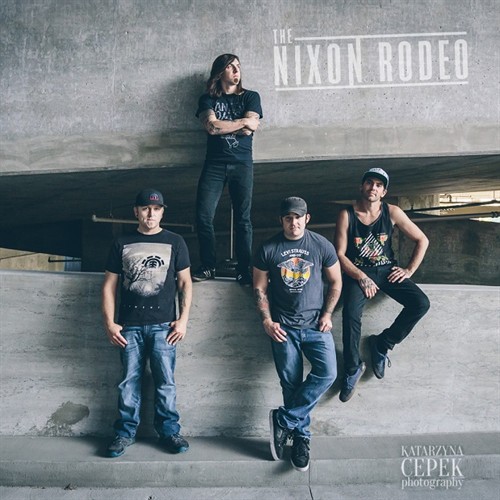 Not far behind Nixon Rodeo in the vote tally was the Neema Gospel Youth Choir/La Patience Africa Band, located at Broadway & Walnut at Salem Lutheran Church, and the Angela Marie Project, situated on Ft. George Wright not far from Spokane Falls Community College. This year marked the fifteenth annual contest to choose the Best Bloomsday Entertainer.

Whatever their preference in entertainment, Bloomsday runners, walkers and wheelers seemed to enjoy the performances, as they cast nearly 1,300 votes. Voters were able to select their top three performers this year, as they could in each of the past three years.

“The weather was absolutely gorgeous this year, and the bright sunshine energized the entertainers as well as all those participating in Bloomsday,” said Bloomsday volunteer Crystal Yurik, who organized the entertainment. “It was clear that everyone was having a great time and enjoying the music.”

Nixon Rodeo will earn the top prize of $500 in this year’s Best Bloomsday Entertainer contest, while the Neema Gospel Youth Choir/La Patience Africa Band and the Angela Marie Project will get the 2nd and 3rd place awards of $300 and $200. Additional cash rewards will be paid out through random drawings.