NIXON RODEO MAKES IT A THREE-PEAT

Spokane, WA, May 15, 2017—It’s not often that musicians get to perform in front of an audience of 40,000, but rock group Nixon Rodeo did it again for the 41st Lilac Bloomsday Run on May 7th, and it paid off. Located at the base of Doomsday Hill as they were in 2015 and 2016, Nixon Rodeo collected more votes than any of the other 27 official performers along the 12-kilometer route. That earned them the title of “Best Bloomsday Entertainer” for the third straight year. 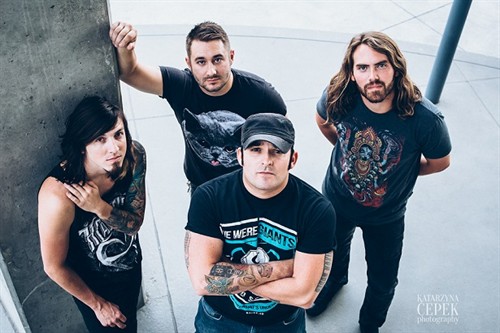 Not far behind Nixon Rodeo in the vote tally were the Student Jazz Ensemble, located just after the turn off Government Way to Ft. George Wright, and the Angela Marie Project, situated a little farther along Ft. George Wright near Spokane Falls Community College. This year marked the fourteenth annual contest to choose the Best Bloomsday Entertainer.

Whatever their preference in entertainment, Bloomsday runners, walkers and wheelers seemed to enjoy the performances, as they cast over 1,200 votes this year. Voters were able to select their top three performers this year, as they were able to do in 2015 and 2016.

“The weather was a little cooler this year, but the bright sunshine energized the entertainers as well as everyone participating in Bloomsday,” said Bloomsday volunteer Laurel Warner, who organized the competition. “Clearly, everyone was having a great time and enjoying the music.”

Nixon Rodeo will earn the top prize of $500 in this year’s Best Bloomsday Entertainer contest, while the Student Jazz Ensemble and the Angela Marie Project will get the 2nd and 3rd place awards of $300 and $200. Additional cash rewards will be paid out through random drawings.