November 29, 2017—This Saturday, December 2nd, will be a big day for high school runners from the Spokane area, as the region’s top harriers will be competing in the Foot Locker West Regional Cross Country Championships at Mt. San Antonio College (Mt. SAC) in southern California, racing against their counterparts from eleven other Western States as well as U.S. citizens in overseas military installations.

The Spokane contingent at the West Regional meet—one of four Foot Locker competitions held across the country—is led by Wil Smith and Katie Thronson, both of Lewis & Clark High School. Smith finished 6th in the Men’s 4A Division of the Washington State High School Cross Country Championships on November 4th, and Thronson was the Women’s 4A State Champion. The Bloomsday contingent also includes Ben and Lizzy Shaw of Riverside High School, who finished 2nd and 3rd in their respective divisions at the 1A State Championships. 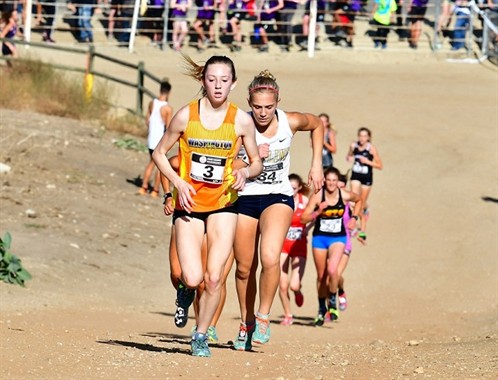 The top ten male and female runners at the West Regional meet will advance to the Foot Locker Cross Country Nationals in San Diego on December 9th, joining top qualifiers from the Northeast, South and Midwest. Last year Thronson qualified for the meet, thereby becoming the 27th Spokane area runner to qualify for the Foot Locker National Meet since its inception in 1979. Thronson finished 33rd in the field of 40 national competitors.

“The Spokane area has a long and storied history of distance running as evidenced every year by the success of local runners who compete at the high school level,” said Bloomsday Race Director Don Kardong. “Bloomsday is proud to recognize their achievements by sponsoring this trip to Foot Locker, where Spokane’s finest high school runners can test their mettle against the best from the West.”

More information on the Foot Locker Regionals and Nationals may be obtained by logging on to www.footlockercc.com/west.