NIXON RODEO TOPS AT THE BOTTOM

Base of Doomsday Hill Proves Fortuitous

Spokane, WA, May 21, 2015—Maybe it’s all about the base—of Doomsday Hill, that is—because that’s where the rock group Nixon Rodeo was situated on Bloomsday. And in the twelfth annual contest to choose the Best Bloomsday Entertainer, Nixon Rodeo collected more votes than any of the other nearly 30 performers along the 12-kilometer route, improving over their second place finish in 2014. Nixon Rodeo’s performance was especially noteworthy because the band had played in Boise the previous evening. 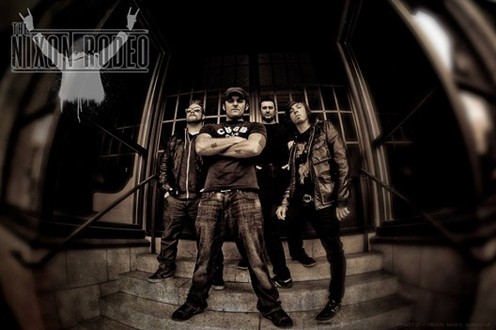 Not far behind Nixon Rodeo in the vote tally was two-time champion Tori Whitten, who was located several hundred meters earlier along Ft. George Wright. Whitten finished a strong second, with the Angela Marie Project and Black Gingham deadlocked for third.

Whatever their preference in entertainment, Bloomsday runners, walkers and wheelers seemed to enjoy the performances, as they cast over 1,500 votes this year. Voters were able to select their top three performers this year, rather than just their favorite, for the first time in the history of the Best Bloomsday Entertainer contest.

“The weather was awesome this year, and that was good for the entertainers as well as everyone participating in Bloomsday,” said Bloomsday volunteer Laurel Warner, who organized the competition. “There were smiles all around.”

Nixon Rodeo will earn the top prize of $500 in this year’s Best Bloomsday Entertainer contest, while Tori Whitten, the Angela Marie Project, and Black Gingham will get the 2nd and 3rd place awards of $300 and $200. Additional cash rewards will be paid out through random drawings.