Spokane, WA—It was on the descent from Spokane Community College to the Spokane River that the Bloomsday crowd heard country/pop singer Tori Whitten, and the music seemed to be to their liking, as Whitten later emerged victorious in post-race voting for Best Bloomsday Entertainer. Rockers Nixon Rodeo and vocalist Tanner Azzinnaro finished close behind in the tenth annual contest to choose the favorite performer along the 12-kilometer route. 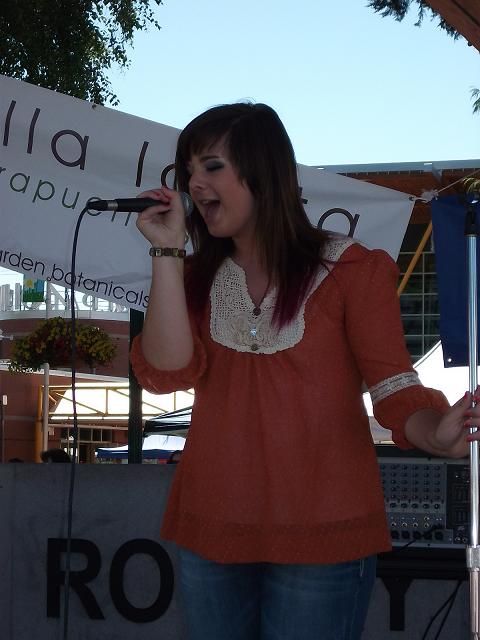 The top three performers this year were all at locations toward the middle of the course. Whitten was just past four miles, Nixon Rodeo was just near the four-and-a-half mile point, and Azzinnaro was just before the six-mile mark.

Whatever their preference in entertainment, Bloomsday runners, walkers and wheelers seemed to enjoy the performances, as they cast 1,226 votes this year for the nearly 30 performers on the course.

“The great weather this year brought out the best of the best performers,” said Bloomsday volunteer Laurel Warner, who organized the competition. “There was something for everyone along the route.”

Tori Whitten will earn the top prize of $500 in this year’s Best Bloomsday Entertainer contest, while Nixon Rodeo and Tanner Azzinnaro will get the 2nd and 3rd place awards of $300 and $200. Additional cash rewards will be paid out through random drawings.