"It's not always easy to come up with different approaches to promote an activity as basic as running,” said Kardong, "But our designers have proven to be very creative at doing that, and people really love them.” 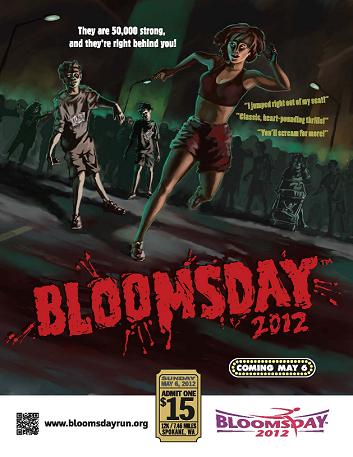 The ad series was designed by Steve Merryman of Sigma, the company that produces most of Bloomsday's ads and printed materials. Each one features a different type of movie—zombie, musical, monster and caveman—along with tongue-in-cheek text that simultaneously promotes the imaginary movie and the Bloomsday Run. The zombie movie ad screams, "They're 50,000 strong, and they're right behind you!” while the monster ad, which features an enormous reptile reminiscent of Godzilla, blasts the headline, "This year, everyone runs!” Ads are available for viewing in the news section of the Bloomsday website. 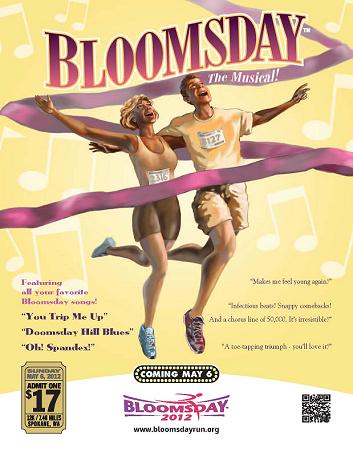 This is the second year of Bloomsday's faux movie poster ads. Last year's series won gold "Addys” in several different categories sponsored by the Spokane Advertising Federation, and have been submitted for consideration by the Northwest Regional Advertising Federation. Last year Merryman's "Finisher” series of Superhero comic book ads won Best in Division in the local Addys, and went on to win a silver in the regional competition. 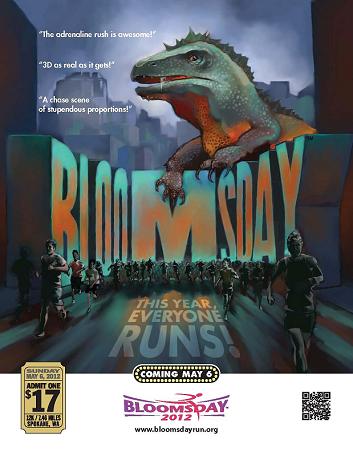 For those looking to purchase a "ticket” to this year's Bloomsday Run, registration is open for mailed entries until Tuesday, April 17. Entry brochures are available at Washington Trust Bank locations, Safeway stores, the two Sports Authority stores in Spokane, Providence Holy Family and Sacred Heart Hospitals, and other locations throughout the region. 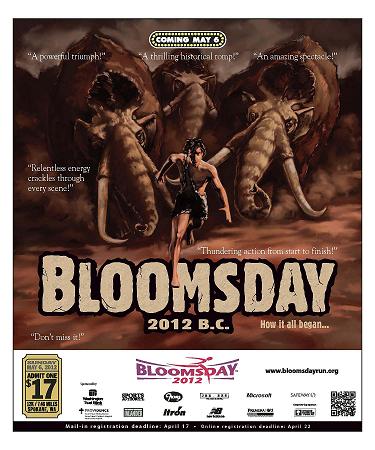 Online registration for the 36th annual Lilac Bloomsday Run is available at www.bloomsdayrun.org for the $17.00 fee until Sunday, April 22nd After that, the registration fee increases to $35.00, either online (April 23-29) or at the Convention Center on Bloomsday weekend.