Finisher ads are comical; participants invited to "flex your superpowers"

“We’ve had some really eye-catching ads over the years,” said O’Neal, “But we’ve never had the publishers of magazines where the ad is running respond like they have this year. Clearly, the ads are a big hit with everyone who’s seen them.” 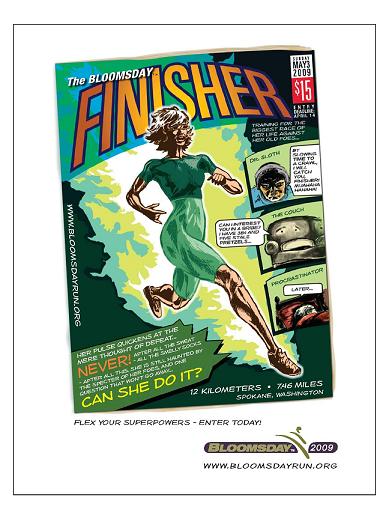 The ad series was designed by Steve Merryman of Sigma, the company that produces most of Bloomsday’s ads and printed materials. Each one features a different superhero called “Finisher,” who struggles against nemeses like Dr. Sloth, The Couch, Procrastinator and The Wall. At the bottom of each ad, participants are invited to “Flex your superpowers—Enter today!” Bloomsday is also tying into the print ad series by using the tagline “Be a finisher” in its radio and TV ads. 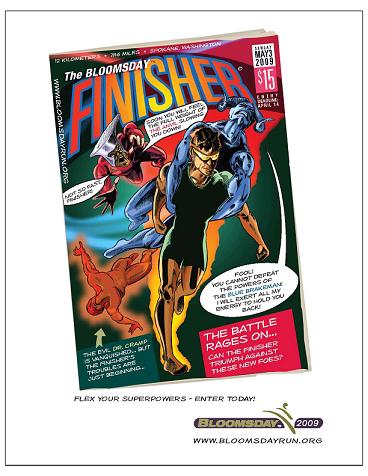 “We’ll have some nice glossy prints of these ads available for sale at the Bloomsday souvenir booth on race weekend,” said O’Neal. “We’ve never done that before, but we think this year our ads are very collectible.” 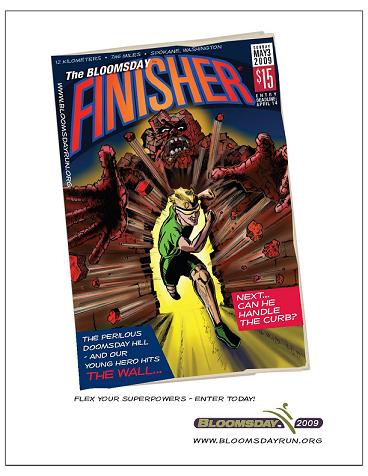 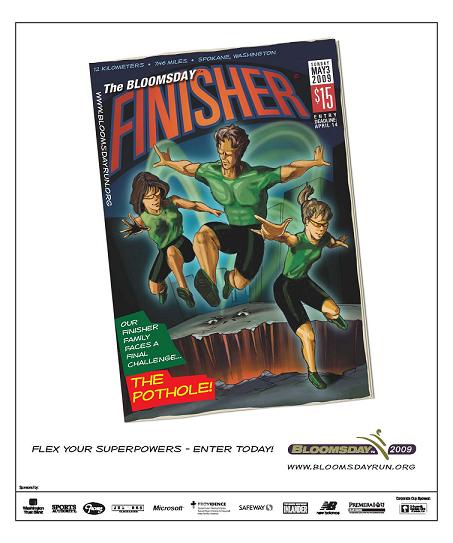