Spokane, WA—Marathon star Dick Beardsley, whose running exploits in the early 1980s are legend in the running community, and who later struggled to overcome addiction to pain medication after a series of horrific accidents, will be inSpokane for a talk on Thursday, February 26th. Beardsley’s talk is scheduled for 7:00 p.m. in the theater at the Lewis & Clark High School, 521 W. Fourth Avenue.

“Bringing a noted runner like Dick Beardsley to town will help us kick off the Bloomsday training season,” said Bloomsday Race Director Don Kardong. “I think hearing about his struggles will give everyone in the audience a deep appreciation of how difficult it can be to overcome life’s challenges, but that it can be done. The determination he’s shown to regain health and fitness is incredibly inspiring.” 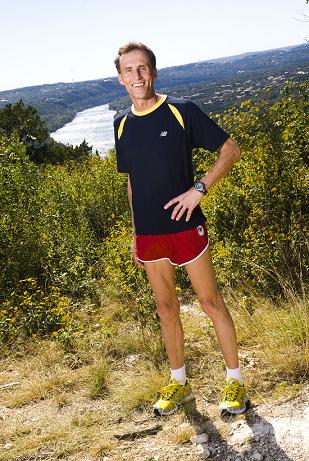 In the early 1980s Beardsley was one of America’s top marathoners, with two victories at Grandma’s Marathon (Duluth,Minnesota) and another at the 1981 London Marathon. But he may be best known for his race at the 1982 Boston Marathon. Dubbed the "Duel in the Sun" because of the scorching hot weather, Bearsley battled world record holder Alberto Salazar down to the finish line. Both broke the American record, with Salazar winning in 2:08:51 and Beardsley two seconds behind in 2:08:53.

The early 1980s were his heydey, but Beardsley’s good fortunes didn’t last. In November 1989, while using an auger to lift corn into a bin on his Minnesota farm, Beardsley became entangled in the machine. It began to literally tear him apart, but at the last second he was able to turn the machine off. Beardsley nearly died, but even after managing to survive he was not expected to walk again.

More bad luck was in store. During the next few years, Beardsley was involved in a severe car accident, later he was hit by a truck while running, later still he rolled his vehicle in a snowstorm, and finally, while hiking one day, the ground gave out and he fell off a cliff. Each mishap sent him to the hospital and led to multiple surgeries to try and put him back together.

Finally, due to the large amount of pain medication he was taking, Bearsdley became addicted—and that's when his life really started to spiral out of control. After being arrested for forging prescriptions, Beardsley began the long, difficult road back to health. He has been celebrating every day of his sobriety since February 12, 1997.

Today Beardsley has moved from his native Minnesota to Austin, Texas, and has managed to not only regain his health, but also his running ability. He has won two RRCA National Masters Marathons since turning forty, and currently competes for Team New Balance.

More information on Beardsley and the foundation he established to help individuals who cannot afford treatment for chemical dependency can be found at www.dickbeardsleyfoundation.org. There is no charge for his talk at Lewis and Clark. (Note: This is not a Spokane Public Schools sanctioned or sponsored event).