Spokane, WA—For the second straight year, country soloist Breanna Abell successfully won over voters in the fourth annual Best Bloomsday Entertainer contest. Abell, who was located at Broadway and Maple near the seven mile mark of the 7-1/2 mile Bloomsday course, had 147 votes out of over 700 cast. Precision bucket drummers Rhythm Envy finished second, with pop/punk band If You’re Lucky third.

“With the great weather we had this year, Bloomsday participants really had a chance to enjoy the performers along the course,” said Bloomsday Board Member Dori Robertson, who organized the competition. “The groups are great to work with, and I know they enjoyed performing for all our runners, joggers and walkers.” 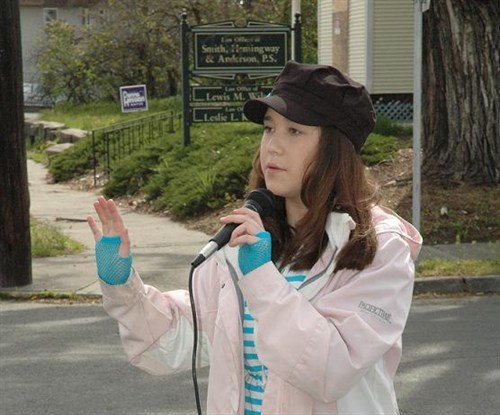 The top three vote getters in this year’s Best Bloomsday Entertainer will receive prize money of $500, $300, and $200, with additional cash rewards paid out through a random drawings.